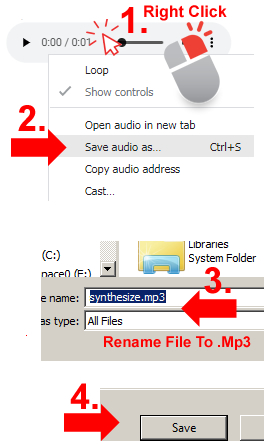 TextToSpeechRobot.com The Best Free Web Based Service For Online Text To Speech Converter.
TTS Robot will read any text in the most realistic,natural human-sounding way in a variety of languages.
Completely Free of cost No Download | No Installation and No Registration required for use.


All default or third-party voices installed on your system are available to Text To Speech Robot v2.0.

If you don't like the sound of the default text-to-speech voice on your computer, or if do not have one, you can install a third-party voice (IBM , Ivona , Nuance etc).
After a new language pack is installed for Windows & new language(s) do not appear in the language menu, you may need to restart your browser (before accessing the site again , close all browser windows) and Re-open Texttospeechrobot.com , the new installed language(s) should now be accessible in the language menu - TTS Robot Version 2.0 Player.

How to install Text To Speech languages in Windows


On Android devices: Simply go to Settings > Language & input > Text-to-speech output, then tap on the gear next to "Google Text-to-speech Engine" and select "Install voice data".
Select the language of your choosing and check out the different voice options available. Install a new Text To Speech language - Voice on your device.

TTS Dialogue allows you to quickly select different voices and to combine her among them to create dialogues among more voices.Suitable for creating conversations between two or more characters with TTS voices . TTS Dialogue Online also allows you to dynamically vary the characteristics of the voices during the reproduction rate, pitch and volume of the speech. .

Type what you want and convert unlimited written text into natural-sounding MP3 audio file, in a variety of languages accents, dialects and voices.Download the output file to your Computer, Phone And Tablet. Easily Create free narration for your Business videos, PowerPoint Presentation, E-learning content, Language learning, Game voices and more .

Easily convert your written text into Robot and natural sounding voice MP3 file.You can change the Pitch or Speed of the voice.


TTs Karaoke - Versions 1.0 - 2.0. TTS System Default Versions ,the result is that when you press 'Play' the words are highlighted as they are read.You can also use TTS Player (TTS Robot version 2.0), to find out the installed languages on your system. 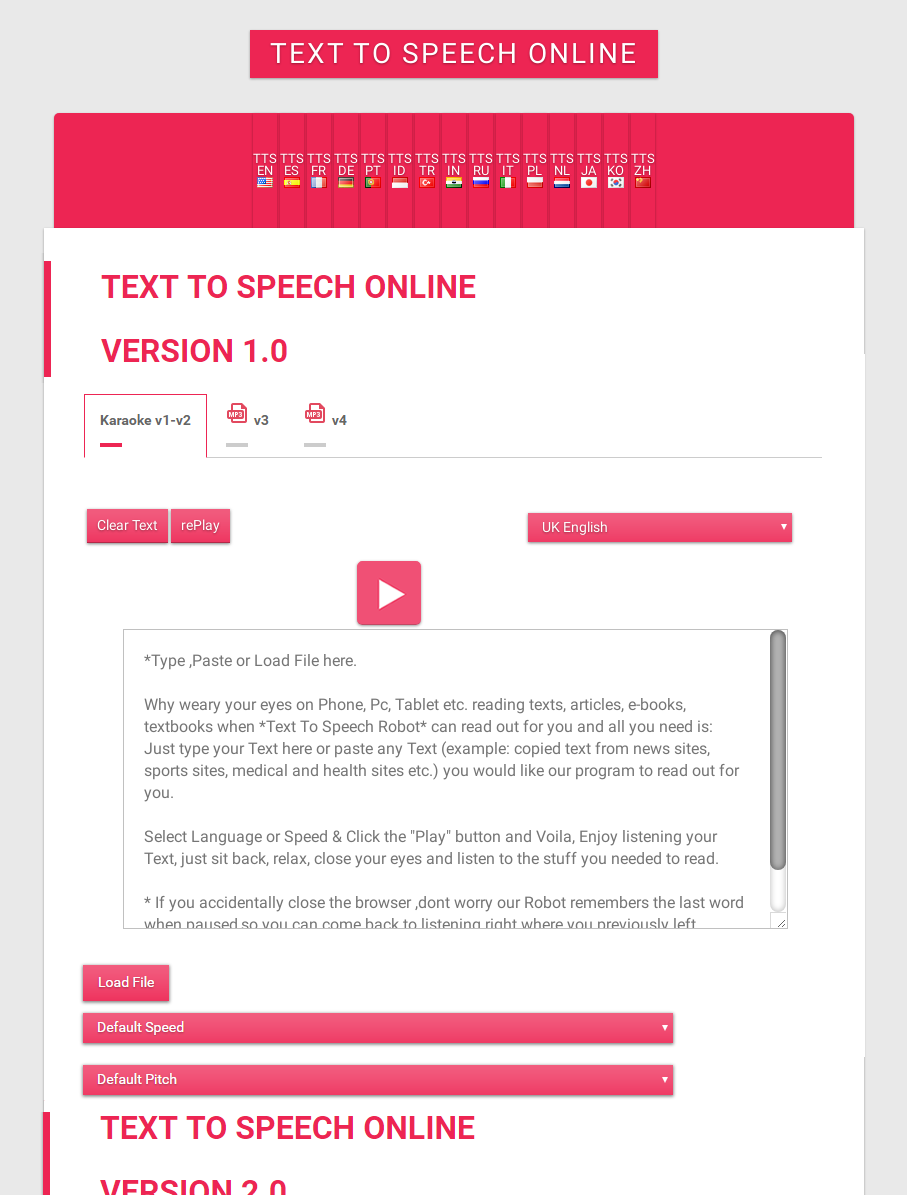